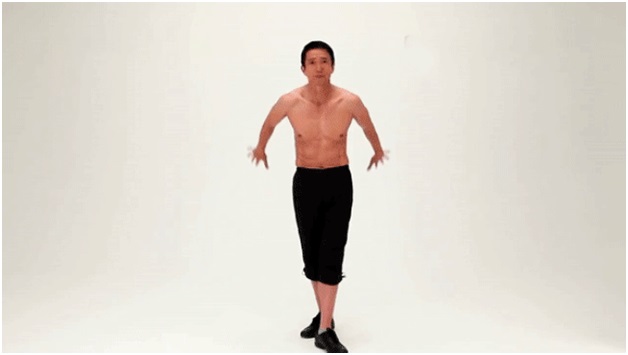 The Japanese have been known as health fanatics as they are all aspired to prolong their life expectancy. Hence, many diet plans have been invented even though they are just short-lived, easy come and easy go. More than one Japanese diet comes to mind, as we are on this topic. Natto diet, tomato juice, banana diet, just to name a few. But there is one type of diet that is really special in that it relies on the abundant source of air. It is also known as “Long-breath technique”.

This technique is discovered by Japanese actor M﻿iki Ryosuke. He was using it as a way for back pain relief. Unexpectedly, after a few weeks practicing, he found out he lost 28.7 pounds in weight and 4.7 inches in waist measurement. After that, he started to recommend it to others.

This diet quickly catches on because it is short and simple, and one does not have to break a single sweat doing it. To do the long breath technique, follow these steps:

Of course, such technique seems to be too good to be true but there is scientific ground to back it up. Fat is comprised of oxygen, carbon, and hydrogen. As we breathe, the oxygen we take in react with the fat and break them into dioxide and water. The former will be rid of our body as we breathe out. Hence, the fat we will burn is in direct proportion with the oxygen our bodies use.

However, many health experts still cast doubt over the effectiveness of this method. Richard Godfrey from chief physiologist at the British Olympic Medical Centr﻿e said “Deep breathing and gentle exercises for five minutes a day is not going to burn up enough calories to transform body shape.”

This technique could not substitute regular exercise and good eating habits. However, there are still benefits to be reaped. Improved breathing could not only increase metabolism but also strengthen muscles. The best benefit yet is that it is good for relaxing since you don’t have to keep off foods you like, and you could perform it anywhere and anytime.

What do You Need to Know to Sleep with a Waist Trainer on ?

Most Common Questions and Answers about Waist Training