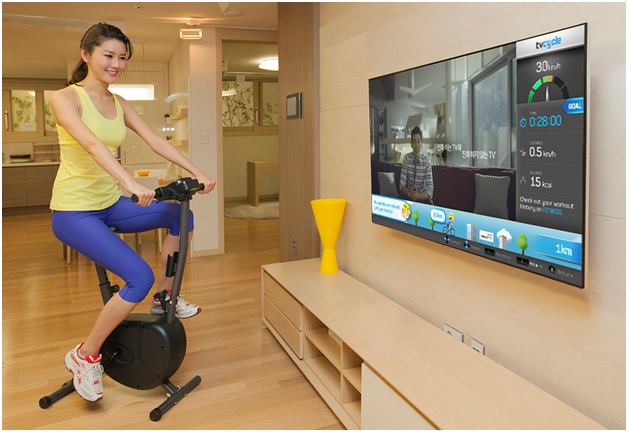 Working out is no bed of roses; you are put through hours of bodily toil and are cost of time to pamper yourself with, for example, a movie night lying on a couch. Therefore, many people often relish the idea of exercising while treating themselves to some on-screen entertainment. In fact, many gyms have adopted the idea of incorporating a cinema as an amenity so as to ensure gym-goers could make the most of their visit as possible.

Watching TV while working out could actually bringing certain benefits. First and foremost, it makes your workout session more interesting. Of course, sweating profusely in a gym is nowhere near as compelling as lazing around while watching your favorite shows. This are the thought that drives people away from exercising on a daily basis. Therefore, an action-packedor a comedic movie could give you the motivation you need, and brighten up your mood which is also an important element for effective exercising.

What is more, in today’s busy world, people seem to be always stretched for time. As a result, they are often torn between spending time on the gym and spending time on TV, and more often than not, they yield to the latter option. Therefore, by watching TV while running on a treadmill, you could get the best of both world.

Most importantly, doing so creates a distraction from the physical pain and exhaustion you are undergoing. A 2014 research showed a link between audio and visual stimuli with lower rate of pain and tiredness perception. All in all, watching TV helps you to work through intensive exercises for longer duration and with less agony.

However, there is another side to the coin. Sure, watching TV could make you think less of the toil you’re going through, but it could potentially divert your attention from working out itself sinceit’s arguably hard to focus on two things at the same time. In your attempt to understand the movie, you may mess up the speed and reduce the effort to exercise; consequently, the calories burned will be substantially less than when you’re devoted to sole workouts. Not to mention, there is a high probability of stripping and injuring yourself while your eyed are glued to the screen. 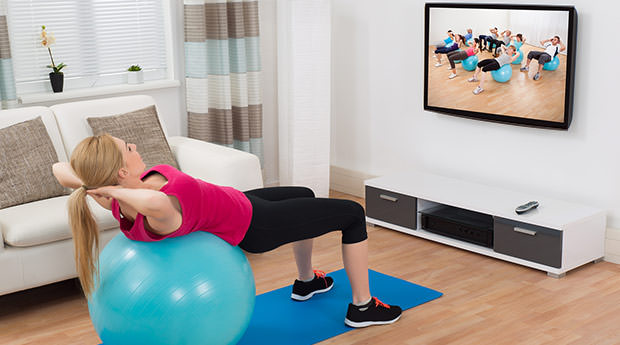 Also, if the TV is not installed at your eye level and you are watching from your hand-held devices, you may have to raise your head or look down at the screen. In other words, you are putting a strain on your neck, and such neck contortion could destroy your form and make your workout less effective.

There are both benefits and risks when discussing watching TV during workout. It keeps you entertained and motivated but at the same time put your body and exercise regimen at risk. Therefore, it is probably best to turn off the screen and pop in your earbuds for some music instead.

All You Need to Know about Fitness

The benefits of working out at night

Benefits of using an Elliptical Machine